“On Sunday afternoon, March 13, two separate accidents occurred on the east side of Mount Washington. Both accidents involved long sliding falls and resulted in life-threatening injuries. Luckily, the skies were clear and the wind was calm, allowing both patients to be evacuated via helicopter.  There are several lessons to take away from these incidents, all coming back to the basics of being prepared and making safe travel decisions.

The first accident occurred when a skier slipped and fell in Hillman’s Highway.  Hitting several rocks on the way down, he sustained serious injuries requiring immediate evacuation.  Just as the helicopter departed Hermit Lake, the second call came in of an injured hiker on the summit cone.  Again, due to a serious injury and a lengthy carry-out, USFS Snow Rangers decided to use a helicopter for transport.  A large thank you must be given to all rescuers involved including the Mount Washington Volunteer Ski Patrol, AMC, Mount Rescue Service, AVSAR, NH Fish and Game, and several volunteers as the evacuations went smoothly and patients arrived at advanced care in a timely manner.” 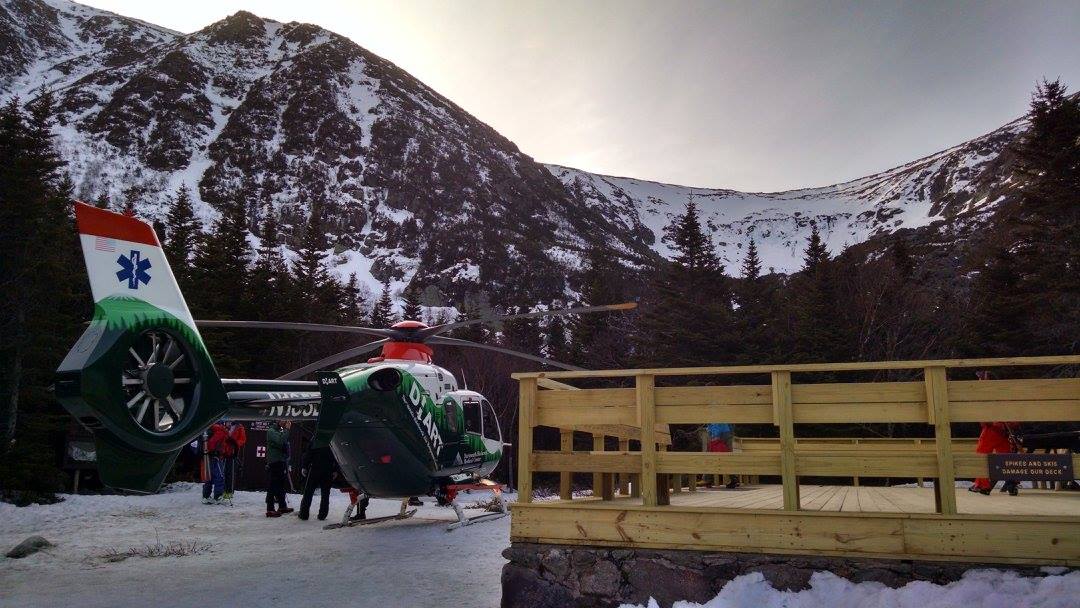